THE YARRA VALLEY
One of Victoria’s premier wine regions is located an hour’s drive to the east of Melbourne. The Yarra Valley was established almost 200 years ago, with the first vines planted in 1838, where viticulture spread rapidly through the region.

Since it’s first plantings, there are now over 85 cellar doors open to the public, plus other vineyards that make wine that do not have a cellar door.

Home to many young, progressive winemakers who create cutting edge wines, as well as some ‘main stays’ who’ve been around for a long time, producing amazing vintages and varientels of their own, The Yarra Valley is one of Victoria’s best loved cool-climate regions, able to produce stunning sparkling wines, Chardonnay, Pinot Noir as well as world class Cabernet Sauvignon, and Syrah (cool climate Shiraz).

The Yarra Valley is split into three main highways – the Melba Highway, Maroondah Highway, and the Warburton Highway. There is a huge difference in the wines produced from one sub-region to another.

MORINGTON PENINSULA
The Mornington Peninsula is a maritime cool-climate wine region in Victoria, located just over an hour south east of Melbourne.

The Peninsula is much younger than the Yarra Valley, and was only established in the 1970s. With 45 years under their belts, they are producing some delicious Pinot Noirs, Chardonnays, Pinot Grigio and Syrah in a much smaller presence.

Mornington Peninsula is certainly making a splash in the wine world; vineyards winning awards, plus interesting and different wine making techniques are being used more and more frequently.

BELLARINE PENINSULA
The Bellarine is also known as the Geelong wine region – it is similar to The Mornington Peninsula as it’s also a maritime cool-climate wine region in Victoria.

Almost as old as the Yarra Valley, Bellarine Peninsula wines are showcasing amazing depth of colour, bouquet and flavour in their wines.

Similar to the Yarra Valley and Mornington, The Bellarine is also known for Chardonnay and Syrah (cool climate Shiraz). The Bellarine also makes delectable Rieslngs, Pinot Gris’ and Sauvignon Blancs.

The bay breezes and stunning scenery over the Southern Ocean make The Bellarine Peninsula a fabulous region to immerse yourself in great live music, with a great glass of wine.

Scroll Up
Subscribe today to keep in De Silva Lining Events loop! Pop your details in below... 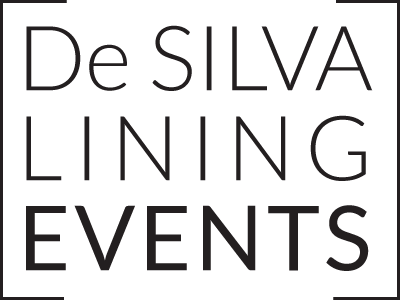 We promise we won't spam you - just great tidbits and special offers, straight to your inbox!
Your information will *never* be shared or sold to a 3rd party.